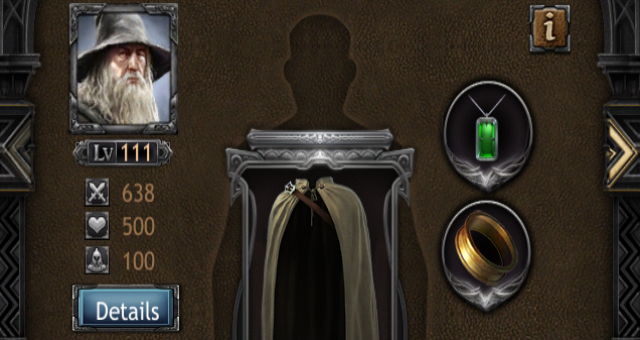 Hobbit: Kingdoms of Middle-Earth – How to Get Gear

Since it was introduced as a gameplay mechanic with one of the recent updates, there has been a question regarding Hobbit: Kingdoms of Middle-Earth – how to get gear. There are 3 ways you can acquire gear: you can purchase it in the shop, you can win from tournaments and special events, or you can craft your own gear. I’ve already expressed my opinion about purchasing items in the shop so I don’t advocate for that. And unless you belong to a really strong alliance that is participating in special events, the odds of you winning a tournament aren’t big, and even though the special events where exchanges are accepted are usually good, there isn’t always one that’s active. So if you’re still interested in acquiring gear, which you should be, this step-by-step guide will help. It’s not difficult to do at all and you will need to participate in the campaign mode, as the parts you’ll need can be acquired from the Through Mirkwood campaign. The good thing is you can acquire the items necessary without having to use an excessive amount of might, and you can acquire Forge Runes from the same campaign so Through Mirkwood is definitely a campaign you want to play through. There are 5 total maps in the Through Mirkwood campaign and you’ll need to reach the boss of the third map in order to start acquiring Armor Scraps, which is what you’ll need to craft gear. I recommend the boss on the 4th map because you’ll acquire 380 pieces of Armor Scraps each time you receive Armor Scraps as a reward, which is very frequent (or you’ll receive 480 Forge Runes) and the might of the boss is only 21,600 with the details below: 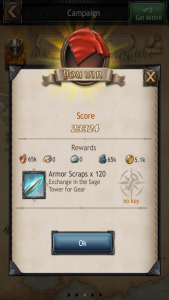 You’ll have to repeat the boss battle until you receive a total of 1000 Armor Scraps, which means you’ll be able to craft a new piece of gear for every 3 boss battles. Once you acquire enough Armor Scraps you have to go to your Sage’s Tower (and be mindful that with the latest update there’s no longer a quick access button on the screen at all times and you’ll have to go to your city view in your first city and access the building directly). Select the Relics tab and scroll all the way down to the bottom of the list and you’ll see Grey Ring, Cloak, Amulet and Shield chests. Select the type of gear you want to craft and the Claim button should be available for you to select. Your gear is crafted but you have to perform an additional step of selecting the Items button at the bottom of the screen, selecting My Items tab and viewing your Chest tab. You’ll see the gear you crafted there as a chest and you’ll have to open the chest and then your gear will finally be available. Now, you have your gear and you have to equip it, so you need to go to your Great Hall and select the heroes tab. Here you can select any of your heroes to equip the gear. Once you do that watch the stats for your hero change and you’ll be looking forward to crafting even more gear for all your heroes. 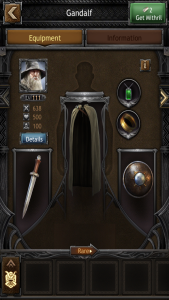 So here’s a summary of all the steps:

Hope this has made the simple task of crafting gear very clear. 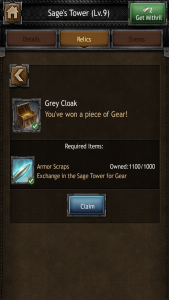 UPDATE: Armor Scraps II are necessary to construct Trader’s Gear including the Trader’s Weapon, and they can be found in the Avenging Moria Campaign.