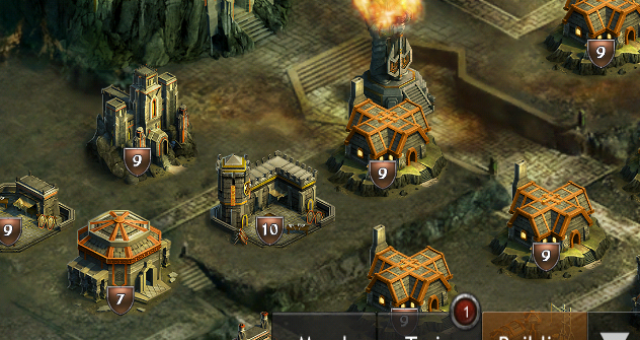 There are  a lot of campaigns in the Hobbit:Kingdoms of Middle Earth and each has their own rewards, but the Discover Smaug Campaign is one that has garnered a lot of attention. And naturally that would be the case with the movie recently released and the game promoting it endlessly. And it’s relatively short compared to the other campaigns with a total of two maps and six locations to clear. But don’t let the fact that you only need one key to advance to the second map fool you as to the difficultly of this campaign. You’ll need about a million might to complete the entire campaign and that’s because of the battle with Smaug. If you defeat him you have a chance, that’s right, a CHANCE, to win an Erebor chest. So is it worth it? As I’ve written before it depends on your starting might, your ability to produce troops, and what you’re trying to achieve. If you have might to burn or can produce it easily then by all means go for it. If you don’t then I suggest using that might for the other campaigns because you’ll receive items and vital resources to runecraft buildings, forge gems and equipment, and other relics. If you do want to complete it then I have you covered.

If you already have enough might with your troops then you can see above how much it takes to defeat Smaug. But the other 6 locations aren’t a cake walk. Below is the might of each location:

That’s over 1.2 million might! You do get some nice rewards as you can get up to 1.2 million units of a particular resource from just one location, so the earlier locations are worth it. If you have to build up your troops then I suggest producing tier 2 troops if you can’t produce tier 4 troops. The time it takes to create one million might with 2nd tier troops is much less than it would if you just created tier 3 troops. And the upkeep for tier 2 troops is also less and this will be especially important if your kingdom isn’t capable of directly supporting an additional 720,000 might’s worth of troops. So if that’s the case and you have more than one city then you should produce as much as possible until your food upkeep is a lot more than your production. Then move all your troops from your fastest producing city to your other cities until you finally have enough. Once that’s complete move them all to one city and then march on Smaug. 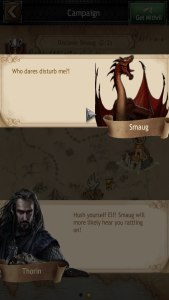 Again, you may or may not win a chest so decide ahead of time if it’s worth it for you. And even if you do win a chest you might just win all hour glasses or tokens, which can lead to better prizes. Hope this helps and good luck