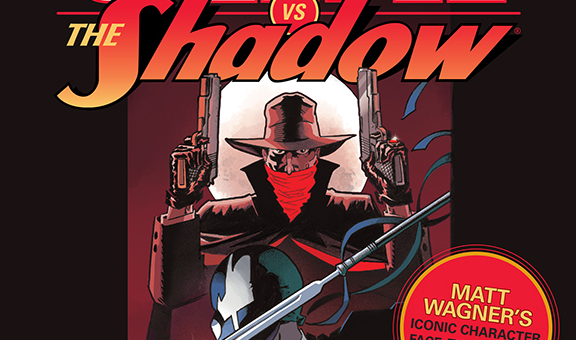 Grendel vs. The Shadow #1 Preview

Grendel vs. The Shadow is a new series written and drawn by Matt Wagner that pits the two characters against each other in 1930s New York City. This is possible due to a mysterious urn that a mob boss was attempting to smuggle into the United States in the 1930s but was met by authorities with the urn ultimately ending up at the bottom of the NY harbor. It ends up being found in the present-day and sold to Grendel, since he’s a collector of rare artifacts. After opening it he’s not entirely sure where things went wrong, or if that was even the case as he dematerializes while reading the incantation in it and materializes in NYC in the 1930s. It might be the 1930s but this could spell the end of Grendel when he has to come face to face with the Shadow, the vigilante.

Aside from being familiar with the names and a story here or there, Grendel vs. The Shadow is being touted as a great starting point for new readers of both characters. The pages in the preview seem to support that even though it focuses on Grendel. It sets the stage for the character to be introduced to the Shadow, (and the readers) and vice versa. And after reading the preview I’m extremely intrigued by this series now from its noir style to the nature of the encounter. It’s set to be released September 3rd so for now check out the pages below.