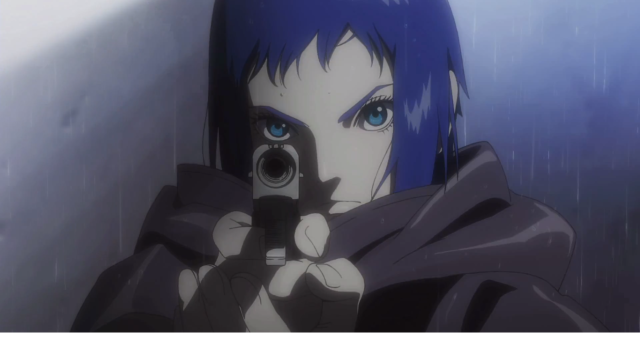 Ghost in the Shell: Arise

Ghost in the Shell: Arise is a 4-part OVA and the re-imagining of the popular series originally created by Masamune Shirow. It features new character designs as well as voice actors but will retain the same role for each character. It’s a prequel of sorts and tells the story of their origins, including the past of Major Motoko Kusanagi, the main protagonist. The premise is a bomb in Newport City in 2027 and kills a major arms dealer who is suspected of having ties to the 501 Organization, which is responsible for the Major’s cybernetic body. The Major is hired by a public security official named Daisuke Aramaki to investigate this and during the course of this investigation the Major crosses paths with those who would form her future team at Public Security Section 9. So this will give enough of an opportunity for each character to have some of their backstory explored before becoming a member of the team featured throughout the Ghost in the Shell series. There will also be some new characters as the story dictates including 2 members of the 501 Organization, Lieutenant Colonel Kurtz and Raizo, a combat cyborg. Naturally the 501 Organization wants to keep a close eye on the Major and her investigation for reasons that will be revealed throughout the course of Arise. 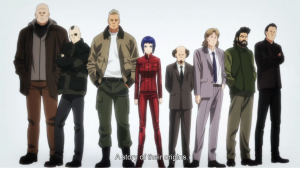 Ghost in the Shell is a mature sci-fi series set in a cyberpunk world and generally deals with the social, political and moral impact of advanced technology being readily available. Arise will have 4 parts referred to as Borders with the first two episodes called Ghost Pain and Ghost Whispers, respectively. The first episode was recently released in Japan and the second episode will be released in November of this year. No worries if you can’t make it to Japan on buy one of the limited releases on Blu-ray because Funimation licensed the anime and will have its own English home version available after a limited theatrical release.

I’m excited for these new Ghost in the Shell OVAs and will be watching them (and reviewing them) as soon as I possibly can. Check out the official trailer to hold you over until then.