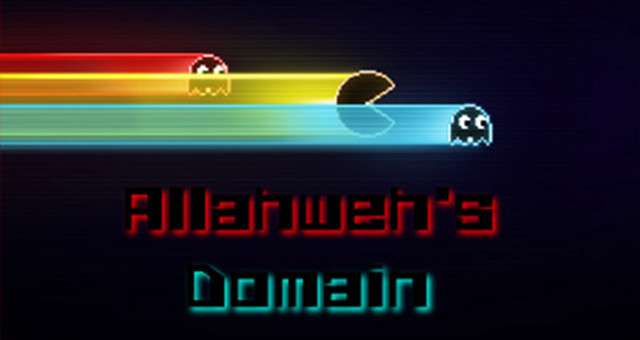 My name’s Jessica… (The Gaming Goddess)

It’s always hard to find a good way to sum myself up within a reasonable character limit, but I’ll try my best here.

I was originally born up in New Jersey and would have easily classified myself as a city girl while growing up, but that wouldn’t be entirely accurate.  In fact, my parents tried to keep me physically active and involved in outdoor activities, especially taking little weekend trips to go hiking, fishing, camping, and the like.  Yet, living in the area near New York City provided me with many cultural benefits that I am thankful for, and I still miss living up there.

I possess the equivalent to an Associates in Computer Engineering, a Bachelors in History, and a Masters in History with a focus on International Security and Internal Safety (yeah, heavy stuff!).  I even possess an honorary Doctor of Divinity Degree!  I did a stint with an organization called ASEAN back in my graduate school days, and now, after some soul-searching, I find myself working for the Army National Guard, ranked as a Captain, currently assigned as my state’s Finance Officer and Assistant Personnel Officer.

Work-wise I also serve as an Editor for the Delightful Critics Club and a writer for Nerdy But Flirty.  I do regular live-streams, videos, and podcasts for myself and my site affiliates as well.  Lately I have also found myself working as a free-lance editor and writer in the professional and academic arenas.

I also, in addition to all of that, take care of my daughter Samantha during the day!

Because of my love for role-playing, I am the founder and owner of an online role-playing organization called “The Role-Player Portal” that I run with the group’s co-founder, Mike. The group has officially been around since 2010 and we delve into all sorts of different types of RP, ranging from playing together in various MMORPGs, participating in forum and email RP, playing chat-based RP systems, or running virtual table-top campaigns through Fantasy Grounds II.

I currently reside in the central Mississippi area within a reasonable drive of most of the family, and despite all the things that people like to say about the South, I think it’s rather grown on me.

When not involved in work related stuff or taking care of my daughter, I enjoy playing and collecting video games (I’ve got well over 800 physical copies of games), photography, going on hikes or other outdoorsy things, taking trips and weekend getaways, catching a good movie, catching up on our TiVo, curling up with a good book, role-playing (especially in an MMO or forum-based environment), and, of course, spending time with family and friends.

For the sake of narcissism, I’ll post any fun features of me right here:

If you wish to get in touch with me, for any particular reason, here are your best bets:

Want to play a game with me?  If so, here are some of my accounts for online games I currently play (at least occasionally):