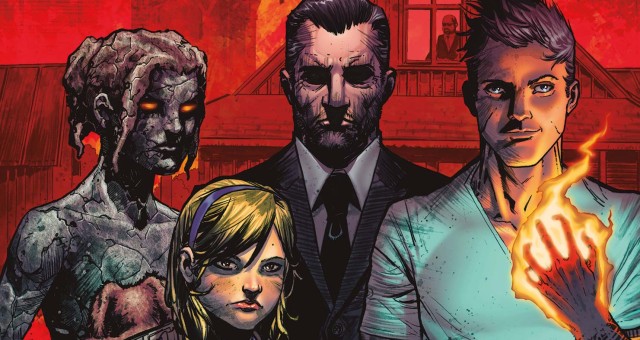 “This is the Game Of Thrones of comic books!”

That’s not my quote but Noel Clarke’s quote about his upcoming comic book The Troop, which is set to be released in December and will be published by Titan Comics. That’s a big proclamation especially considering the popularity of the show (and the fact it just won a ton of Emmy’s) but it also made me intrigued enough to give this series a closer look. And if anything, it seems as if it’ll at least be as provocative in terms of story twists as the HBO series. The new trailer released doesn’t hesitate to show an intense domestic violence situation with a little girl responding by creating instant sores on the attackers arm appearing as if he was on the verge of exploding or worse. The action is clearly brutal in it.

However, it’s not just being provocative for no reason that could make this series interesting but the story and that’s reminiscent of well-known comic book stories. The Troop follows the lives of a group of troubled teens spread across the planet and with no knowledge of each other. But everything changes for them when they discover they have incredible (and dangerous) powers as they’re hunted by forces they never knew existed. This is reminiscent of the X-Men but doesn’t seem as if they’ll be a Charles Xavier offering them a better dream.

The Troop #1 is set to be released on December 9th, and features Noel Clarke as the writer and Joshua Cassara as the artist. Check out the 3 preview pages and trailer below: 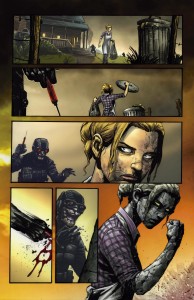 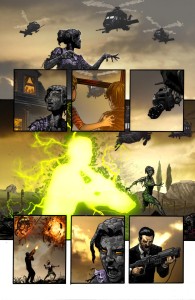 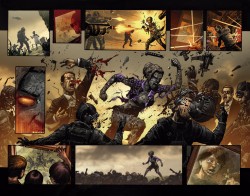