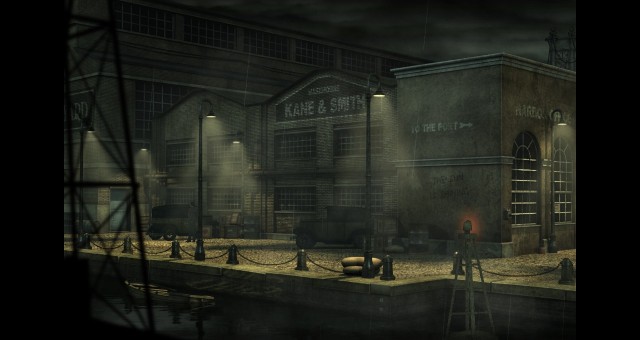 Face Noir is an upcoming Indie adventure game developed by Mad Orange and made available for the first time outside of Italy and Germany by Phoenix Online Studios. It’s a highly atmospheric crime fiction set in NYC in 1934 starring a private eye named Jack del Nero, who was once a cop until he was caught up in a corruption scandal. As a result he’s reduced to investigating private matters such as taking photos of a young girl at the request of her stepfather because she’s embroiled in an affair. Suffice to say he’s having a tough time making ends meet and this is a line of work that has made him very weary. And if things couldn’t get worse for him he receives an anonymous phone call at midnight from someone telling him that his former partner, the one who testified against him and had him sent to prison, is back in NY and where Jack can find him. As many meetings set up by an anonymous call at midnight tend to go, things don’t work out for Jack as he discovers his former partner’s dead body and he becomes the prime suspect. Of course no one believes his story that there was another man there who attacked him as well so it’s up to Jack to clear his name and also figure out why his former partner would leave a little girl in his protection after all these years. 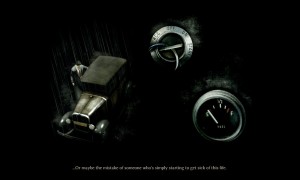 I was able to get my hands on Face Noir thanks to the lovely people at Phoenix Online Studios so I could get a preview of this latest title and needless to say I’m very excited for this game. For the first part I was able to play I had to locate that young blond woman mentioned earlier to get proof for her stepfather of her having an affair. This led me to Harlem. The noir atmosphere was set from the beginning with the jazz music playing in the background perfectly capturing the somber mood of a private eye down on his luck, following a lead on a deserted Harlem street close to midnight and in the rain . The controls are simple point and click but very effective with the left click for movement and interaction with an item and the right-click changing the type of interaction (look, talk, action). And the game is set during the depression so clicking on the billboards or the closed theater gives a description that adds to the atmosphere and gives a clearer context for Jack’s life in NYC.

So first things first I go inside the hotel to see if I can get more information about the whereabouts of this young woman and before I talk to the gentleman at the front desk I take some candy because that’s how I roll. When I engage the owner of the hotel in a conversation I’m given dialogue options and I can tell the truth of why I’m there or see if I can finagle the information I want from the owner. It doesn’t work and I end up having to bribe him using the cash in my inventory. There are two ways to access the inventory depending on your preference. You can have a 2D inventory where you select items by moving the mouse pointer to the top of the screen or a 3D inventory where you access it using the mouse wheel. I preferred the 3D inventory and entering a screen to see all the items I had. Unfortunately the owner still can’t give me much information because he can’t recall anyone that fits my description. I try again after looking around and I’m rewarded when I get the “Use Your Head” interaction. 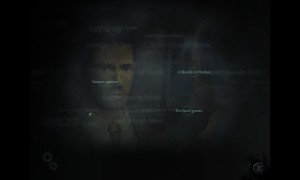 It’s a great game play mechanic where the dialogue screen is overlaid by bits of floating information you’ve acquired in conversation or by looking around. And if you successfully choose 2 bits of information that fit you open up a new line of questioning. So I selected the bit of information I had about the young woman’s favorite actress and what the owner told me about guests not using their real names and together we looked up and found the alias she was using and the room number.

I go to the room to verify she’s in there and I hit the jackpot because not only is she in there but she has company and it sounds like I’ll be able to get the perfect picture to earn my money from this case. I go back outside the hotel to see if I can locate a window and preferably a balcony to get a good picture. However I don’t know for sure which window belongs to which room so I have to go back inside to see if there’s anything I can do about that. Jack doesn’t feel better about this than I do but I find a control panel and I can adjust the temperature in the room in hopes it gets so hot they’re forced to open the window. And this is where I encounter another interesting game play mechanic referred to as Control mode where I can dynamically interact with an object such as a control panel. I adjust the settings enough through this mini-game to force them to open a window and when I go back outside I know exactly where I need to aim to take my photo and complete. As luck would have it, or rather as Jack’s luck would have it, his car doesn’t start so he’ll have to somehow get a cab in the rain that is causing phone outages in NYC. 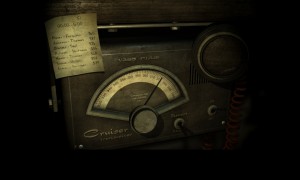 Obviously the story does get much deeper as mentioned earlier and the two interesting game play mechanics add a level of enjoyment that just increases because I felt like I was conducting an investigation and the mini-games were fun. And as you get further into the game bits of information to choose from in “Use Your Head” mode increases forcing you to um, use your head, and the Control mode mini games are all different so it never feels stale.  The puzzles I encountered had various levels of difficulty but they were all entertaining from tricking a police officer using the radio after figuring out the frequency to use, to putting together the many pieces of a doll to comfort a little girl. Every area felt like there was something fresh as you’re even required to sneak past police officers using the shadows and cover at one point. And the level of intrigue and mystery in the story increases as more about the history of Jack and his former partner is revealed as well as the relationship with other police officers. The character portrayals up to the point I was able to play really made me feel invested in wanting to solve the mystery of what was going on and understanding why Jack couldn’t just go to the police. At first I thought there would just be a great story here but after the hands on preview I know the game play throughout will be enjoyable as well.

There’s a teaser trailer that’s great but there’s now a demo available as well. Make sure to check them out and there’s currently a preorder sale so don’t miss out at http://facenoirgame.com