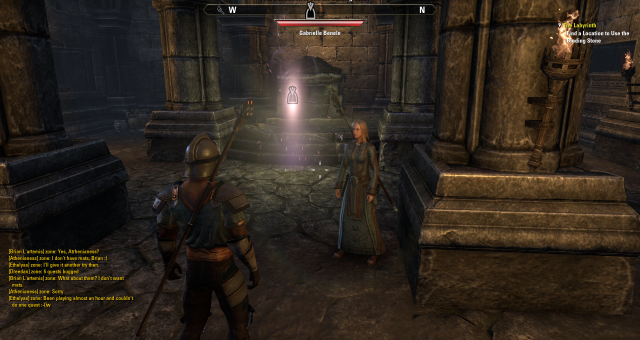 ESO Beta – Play As An Imperial

There’s one final Elder Scrolls Online beta coming this weekend from Friday, March 14th to Sunday March 16th, and this time you’ll be able to play as an Imperial. I can’t wait for this because I pre-ordered so I’ll not only have early access but will be able to create an Imperial character and select any alliance, and I can get my first taste during this beta. This will also allow players who haven’t pre-ordered to see what Imperial characters have to offer and decide if they want to pre-order after a hands-on experience. Imperials are known for ruling Tamriel and had the benefits of receiving extra gold as well as being able to communicate more effectively. If you played Skyrim they’re the ones who had the Voice of the Emperor special ability and their race is versatile enough to become specialists in any class. So I’m curious as to how this will play out in the Elder Scrolls Online and their starting point considering that Imperials hail from Cyrodiil, which is also the map where all the PvP takes place.

The Explorer’s Pack, which is another pre-order bonus, will be active during this beta and this allows you to choose ANY alliance regardless of your character’s race. So if you want to be a Redguard in the Ebonheart Pact instead of the Daggerfall Alliance it’s entirely possible. I am curious as to how this will affect the character’s story line because there are specific references at times to the character’s race in the earlier missions depending on the alliance. And each alliance has different quests so the Explorer’s Pack will allow players to choose any race they want and still experience the different quests. This may be the final beta but clearly it’ll be the best.