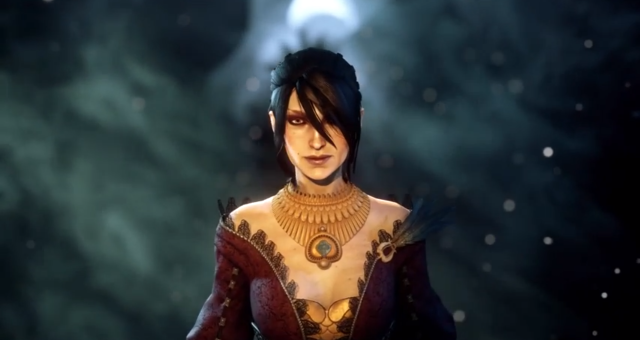 Dragon Age Inquisition is the upcoming latest installment in the Dragon Age series developed by Bioware. It will still be set in the land of Thedas like the first two entries but will feature a completely new protagonist. The premise is a cataclysmic event rips the barrier between the world and the fade and as a result the world is on the brink of destruction. Dragons own the skies, darkspawn roam the land and all-out war breaks out between the mages and Templars. You play the role of the Inquisitor, a human assigned to restore the Inquisition, which of course is designed to find and fight heretics and anything else that would threaten humanity. This is deemed necessary because the Templars broke off from the Chantry and no longer recognize its authority. With the world on the brink of destruction it’s up to you as the Inquisitor to save the world from itself.

I don’t feel it’s a huge deal that Dragon Age Inquisition will feature a new protagonist. I don’t have an overwhelming attachment to either protagonist in the first two games, especially since there was a change, and this could be the breath of fresh air the series needs. However it was revealed recently at PAX Australia that the saved games from the first two entries will absolutely carry over into Inquisition. So more than likely that will mean that the way your decisions affected the world in the first two games will carry over into the setting for this one. That sounds interesting to me because I feel the series hasn’t quite reached the full potential of its world and its mythos in terms of actual gameplay and storyline. This isn’t the only change to the series that has been announced so far. Patrick Weekes, writer at EA Bioware, stated at PAX Australia that “both games had things people want an improvement on, and both games had areas where they excelled.” How that would affect gameplay was hinted at with the statement that the Bioware team wanted to “make sure DAI still allows the more tactical options that Origins had” without losing the faster paced action that Dragon Age 2 had. This is good to me as the strategy in the first Dragon Age at times was on point but I appreciated the refinement in DA2 to the combat system. I didn’t appreciate the limitations for character customization. Another issue I had with DA2 was the maps not only being very restrictive but repetitive with the same dungeon being used over and over. Bioware has heard the feedback from many who had the same issue and DAI will be more open world and won’t reuse dungeons.

Overall I’ve enjoyed the Dragon Age series even though I feel a lot of potential was squandered with the second one. However with Dragon Age Inquisition seeking to improve on the first two entries, even with presenting more dialogue/action options, and as one who enjoys RPGS, I’m looking forward to this latest entry.