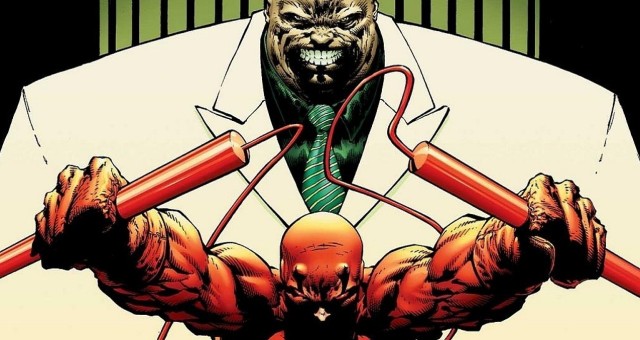 Marvel’s Netflix original series are starting to take shape especially with all the Daredevil casting news that has been announced to date. Charlie Cox will be playing Matt Murdock, the Man Without Fear, and you might have seen him in his more recent role of Owen Slater in HBO’s Boardwalk Empire. He was excellent in that role and at times had to be an intimidating character so it’s an interesting choice and one that I think will pay off. Not long after, and what was a surprising move but is brilliant the more I think about it, native New Yorker Vincent D’onofrio was announced as the Kingpin. He’s 6’4 so on camera he can be an imposing figure and considering his long list of roles he absolutely killed going all the way back to Full Metal Jacket. And the lovely and talented Rosario Dawson has just been announced as joining and her role is described as “a dedicated young woman whose quest to heal the wounds of Hell’s Kitchen brings Matt Murdock unexpectedly crashing into her life, while her own journey forever alters the course of his battle against the injustices of this broken city.”

Interestingly enough, a casting call posted by Central Casting New York sheds some light on the tone of the Netflix original series as it states it’s seeking “union and non-union females willing to portray inmates comfortable in their bra and underwear and/or completely nude.” It’s unknown for now if this is related to Daredevil in particular but considering how Netflix’s other original series having shied away from mature topics or nudity, it appears that the same will apply to Marvel’s series at least to some extent. Considering it’s all set in Hell’s Kitchen it’s no surprise. Has the casting made you more excited for this series?