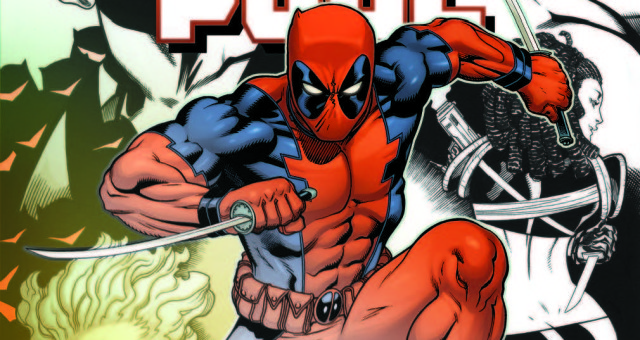 Color Your Own Deadpool Coloring Book

One can think of many things when Deadpool is mentioned such as how he’s known as the Merc with a Mouth or his upcoming movie starring Ryan Reynolds. There are a ton of scenarios and no matter how ridiculous they might seem, it wouldn’t be ridiculous to imagine Deadpool was somehow in that at one point. But even I had to do a double take to make sure I correctly read some news I received about an upcoming Deadpool coloring book. Yes, Marvel is publishing an adult coloring book featuring Deadpool, and no it’s not that kind of adult book. It’s called Color Your Own Deadpool coloring book at it’s set to be released February 2016. Marvel states that it’s “jam-packed with 120 pages of Deadpool goodness, fans of all ages can be part of the creative process as they bring to life artwork from some of Marvel’s biggest artists!” So it can still be enjoyed as a family activity but also gives anyone the opportunity to have fun being a colorist for a day or to do as a relaxing activity. This is part of Marvel’s new line of adult coloring books with an Age of Ultron one being released later this year being the first one. I admit, I am intrigued about this book and it’ll definitely be on my radar. What do you think about Marvel’s upcoming adult coloring books? Yay or nay? 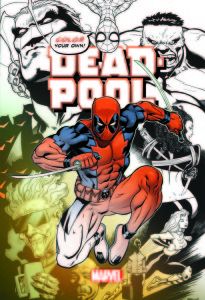