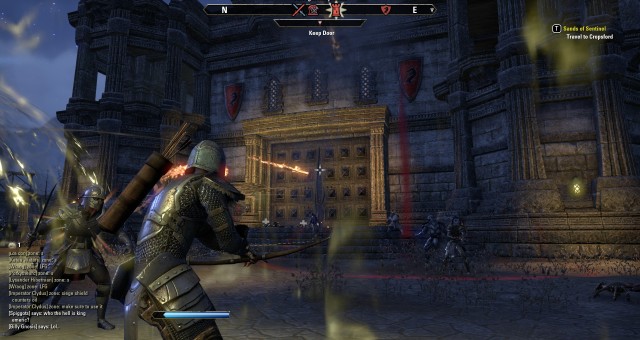 With 10 of them available, choosing a race in Elder Scrolls Online can be a daunting task, especially if you’re completely new to the Elder Scrolls world. If you’ve played an Elder Scrolls game in the past then you’re somewhat familiar with the different races as well as the flexibility so you can customize your character as you see fit regardless of race. Or you might just have an affinity for a specific race, such as an elf, and you’re completely unconcerned with the differences between the races. If you don’t then it is helpful to have some information ahead of time because even though it is fun to jump right in and see what the game has to offer, it can be problematic to reach level 10 or more and then realize you’re not particularly fond of your character. Yes you’re restricted to either the Ebonheart Pact, Aldmeri Dominion or Daggerfall Covenant based on the race you choose (unless you have the Explorer’s Pack) but outside of the different starting scenery, the quests all deal with political subterfuge within the alliance, cultists, and local problems in some capacity so you won’t have to worry about the different quests being inferior based on the alliance you choose. And of course the main quests and the NPC guild quests are all the same. One thing I love about the Elder Scrolls series is your character progresses based on how you use it so if you want to be better using a two-handed sword then the answer is to use a two-handed sword constantly, and your proficiency with it will improve and more skills will be available to you. It’s this type of freedom that will allow you to take one race and explore the many different possibilities. However there is a Racial skill line, and knowing each one ahead of time can be advantageous and so this guide will give you some help in choosing a race by listing the skill lines available for each. You can use the skill points you earn on these racial traits and as you progress through the game you’ll be able to further increase each skill 3 or 4 times for added benefit.

And last but not least:

Imperial – “Racial skills reflect their affinity for combat and diplomacy”

The Imperial race is only available through an additional purchase and they can join any alliance of your choosing. All these skill lines are percentage based so the more skill points you use for each (3 max) the more the benefits increase. And hopefully this guide will help get you on your way to becoming emperor.