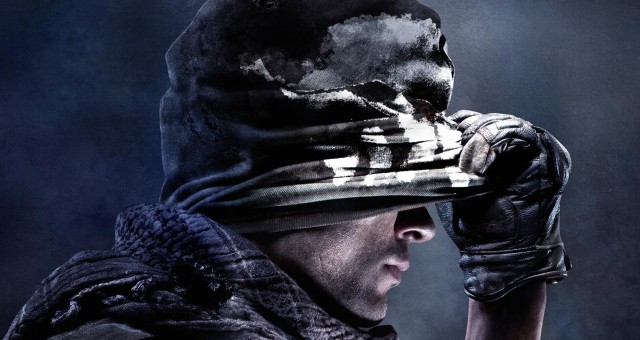 In one of the least surprising announcements of the year, Activision recently announced its latest entry in the Call of Duty Franchise, Call of Duty: Ghosts. But just because it’s another COD game doesn’t mean it should be received with a yawn as it will most likely be one of the most profitable games of the year. And the fact that it will be one of the big titles shown live for the first time during Xbox’s Reveal on May 21st you can be sure Activision will be seeking to impress. How much they will impress and how impressive the game will actually be once the initial hype wears down remains to be seen. What has been revealed so far is this teaser trailer.

The teaser trailer doesn’t show any gameplay footage but what it does show gives clues to the nature of this game. It talks about how people wear masks for different reasons but there are “those who wear masks to protect us all.” It’s worth noting that this isn’t a sequel to the Modern Warfare series or the Black Ops series and Activision confirms that Call of Duty: Ghosts will be “a riveting all-new gameplay experience built on an entirely new story, setting and cast of characters, all powered by a new, next generation Call of Duty engine that redefines the series for the next generation.” Even though it’s being developed by Infinity Ward I would’ve been inclined to think it would be closer to the Black Ops series due to the trailer and name but that quote from Activision makes me refrain from thinking that.

I have to admit that even though I own Modern Warfare 3 and Black Ops 2, the last campaign I actually completed in a COD game was Modern Warfare 2. I planned on completely them eventually and with this announcement I will try to finish one before the Xbox Reveal. Although this will be a new story independent of those two games it’ll allow me to assess what is revealed better.  While playing them it felt like it was watching a movie I had little control over and that’s not necessarily a knock since it is an action game but the urgency to complete the campaign wasn’t high with the other games I wanted to finish and see the ending. Now I will MAKE time to complete them.