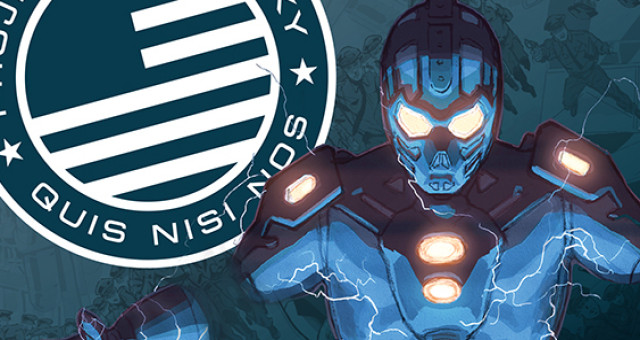 I have the Blackout #1 preview and it looks very promising. Blackout is a new series about Scott Travers who is given a mysterious suit that allows him to move through a parallel dimension undetected and untouchable. He doesn’t know why he was given it except that it came with a message stating “find me” and he doesn’t know where it came from. Although the suit endows Scott with incredible powers it also has some very negative effects on him as he’s always plagued by memories and nightmares that don’t completely make sense. Blackout is written by Frank Barbiere, who also writes the White Suits, a series that is off to an incredible start, so I’ll definitely be giving this one a try when it’s released March 26th. Check out the preview below: