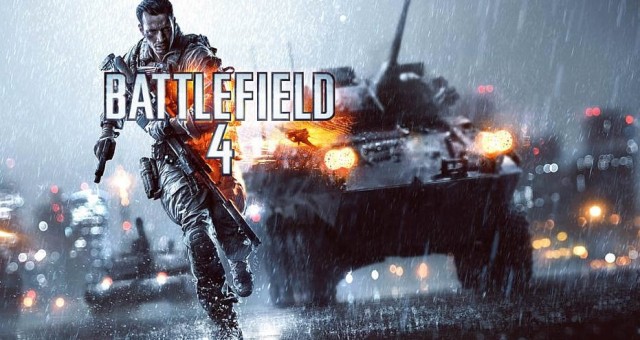 Battlefield 4 is DICE’s next iteration in the Battlefield series published by EA and will feature changes to both the single player and multiplayer modes. The campaign will be set in the year 2020 with the main character Recker as a member of the US Special Forces. It will be a sequel to the storyline in Battlefield 3 and will be taking place in various locations worldwide. The draw for me for Battlefield 3 was EASILY the multiplayer but DICE is promising that the campaign this time around will be much better. The 17 minute extended trailer that was released shows that DICE might succeed with that promise and so far it looks incredible. The trailer starts off with members of the Tombstone squad stuck in a truck underwater with one trapped. If they all stay any longer  to try to free the trapped squadmate they could all die. So Recker has to make a decision, shoot the glass so the others can escape or give them more time to free the trapped squadmate. It was a tense scene but the real gem in this trailer is all the gameplay footage.

The gameplay difference between the campaign and multiplayer modes in Battlefield 3 stood out with the multiplayer feeling more open than the campaign. And what I mean by open is the tactical options available in multiplayer were so much greater than the campaign mode, which felt very constrained in comparison. DICE describes it as “bringing the best elements of our multiplayer into the single player campaign….a playground of destruction, access to an arsenal of vehicles, and the ability to direct squad mates.” The game play footage shown backs that claim up. I admit that the gameplay trailer has me more interested in the campaign than in Battlefield 3. The action looks good, the environments do too and with the Frostbite Engine I think there’s alot of potential there for the campaign.

As far as multiplayer is concerned I actually preferred the multiplayer in Battlefield 3 than I did in the latest COD games. And even though Electronic Arts has tried to make it the biggest competitor to the COD series I think the differences in the two games prevents a direct comparison on the level that some would want it to be on. I think it slightly does an injustice to Battlefield as well. The environments in multiplayer that can be destroyed resulting in each match feeling different depending on who’s playing or the use of vehicles in other modes gives so many options that the COD series doesn’t even try to match. Very different games in my opinion and enjoyable in their own ways. But as is the nature when trying to top the sales chart the comparisons and competition will be inevitable. Although I only deal with the gaming side on this site there’s also a business side to the marketing as well. However I hope Battlefield 4 lives up to the high expectations set by Battlefield 3.

Battlefield 4 will be available on all platforms (except Nintendo’s) including the next-gen consoles later this Fall.