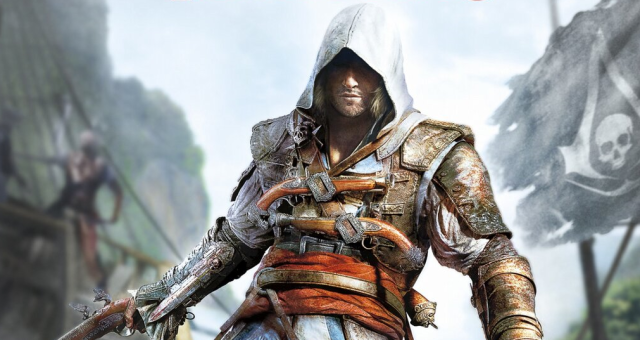 The next entry in the Assassin’s Creed series has been confirmed by Ubisoft as Assassin’s Creed IV: Black Flag with an official trailer being launched March 4th. It’ll be a pirate-themed adventure with the assumption that the events this one will cover will take place before Assassins’ Creed 3 and will feature Edward Kenway, the father or Hatham Kenway and grandfather of Connor, the protagonist in AC3. The protagonist for this latest entry hasn’t been confirmed yet. The naval missions and battles in AC3 were one of my favorite activities and apparently Ubisoft has heard loud and clear the enthusiasm many gamers expressed for this as well.

The announcement comes before the latest DLC, the Tyranny of King George Washington, has been completely released and I wonder how this will affect further investment in Connor. Aside from that I am anxious to see the trailer for this and more information confirmed by Ubisoft. Pirates and Assassins…what’s not to like?